We are a relay team of 6 women planning to swim the English Channel at the end of June/July, whilst raising funds for the Charlie Waller Memorial Trust.
SUPPORT US

A team of swimmers local to Henley on Thames - from the left Vicky, Marika, Liz, Rebecca, Alaine, Lee.
READ MORE

We have chosen to raise funds for the Charlie Waller Memorial Trust.
READ MORE

We will be swimming approximately 21 miles in total across the busiest shipping channel in the world. To follow us on the day click this link and select 'Anastasia'
Follow us live 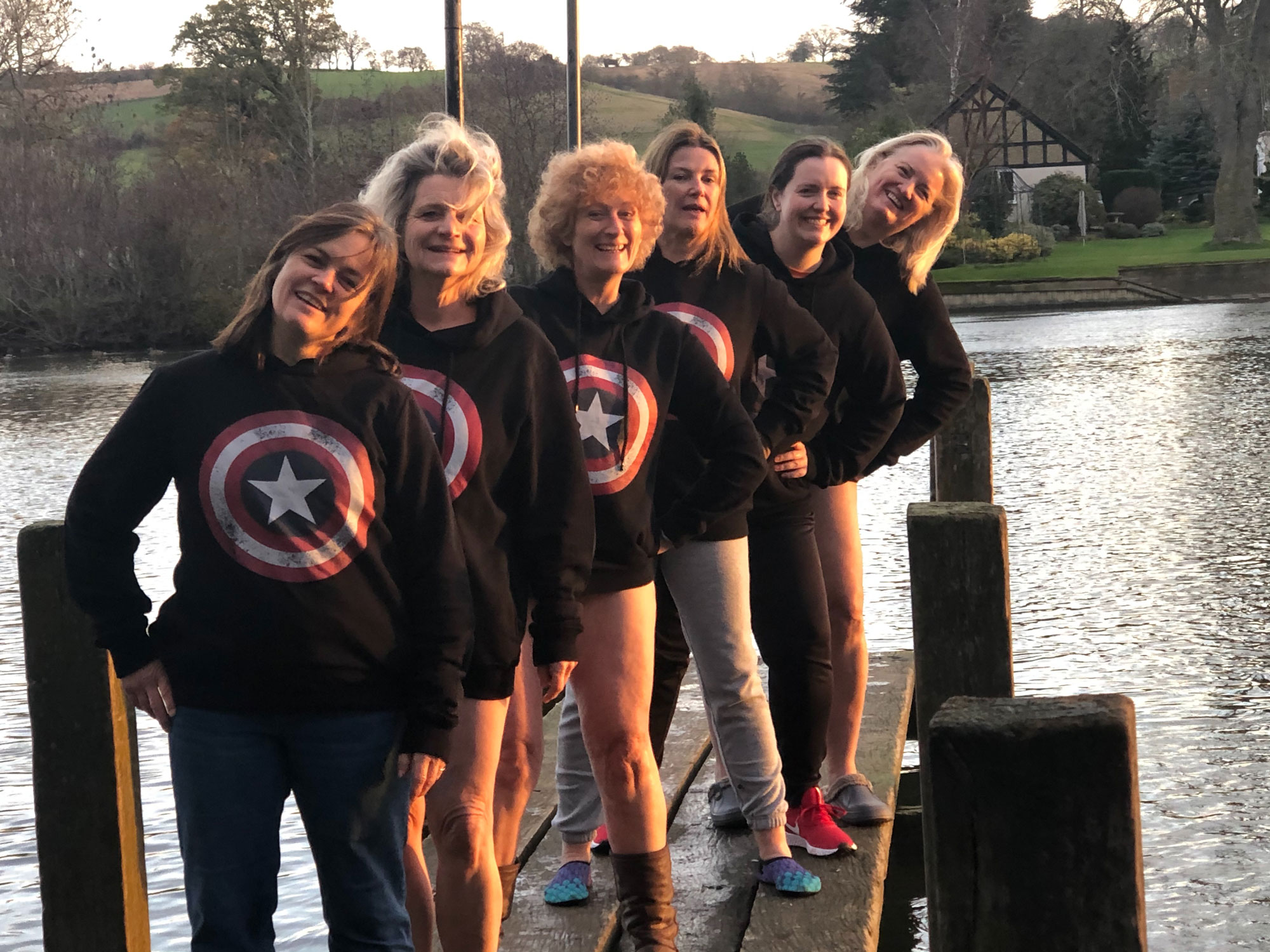 The lure of the open water and an exciting challenge for a relevant cause has drawn six brave women together for an English Channel relay swim some time towards the end of June/early July 2021.

The Thames Marvels will attempt to swim in costumes (no wetsuits allowed) across the busiest shipping lane in the world, encountering jellyfish, unsettled weather, flotsam and jetsam, choppy waters and tide changes as they go.

Marika, Alaine, Rebecca, Vicky, Elizabeth (Liz) and Lee have taken up the challenge of battling it out on the choppy seas to raise money for the Charlie Waller Memorial Trust. This charity was started by the family of Charlie Waller who had depression and took his own life in 1997; they specialise in educating young people and those responsible for them about mental health and well being, which is particularly relevant in these troubled times. They have become one of the most well known and respected mental health charities in the UK and they aim to further reduce the stigma that still exists around mental health.

Join us on our journey over the next few months...

What happens when you put a Channel Relay Team into...

The Beauty of Wild Winter Swimming

Training through a pandemic and the winter

We use cookies on our website to give you the most relevant experience. By clicking “Accept”, you consent to the use of ALL the cookies. Find out more.